USS New Ironside is an armored ship of Union Navy, and is the ship which became a flagship of completion and the South Atlantic Ocean blockade fleet in August, 1862.Although the rigging was given at the beginning, it was removed with the start of the capture strategy to the base bay harbor of a Confederate at the beginning of 1863. 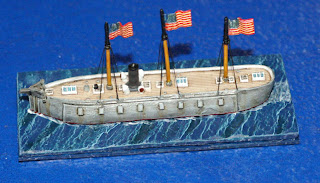 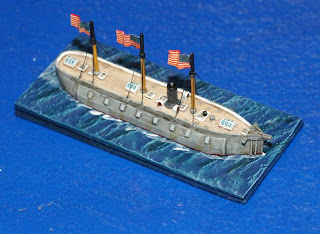 USS New Ironside, as for, the South Atlantic Ocean blockade fleet commander Samuel Francis Du Pont navy major general did the going on board broke through between Fort Sumter in the Charleston bay mouth, and Moultrie forts on April 7, 1863, and it participated in the strategy aiming at the Charleston siege.
This miniature reproduces it. 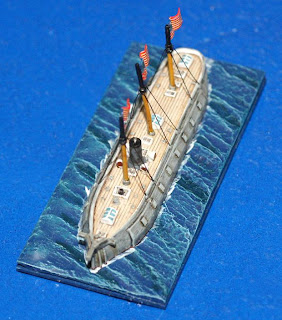 First of all, it was because the coal used as fuel could not load that having carried out the rigging of the steamship prepared for failure of the organization at the time of appearing in open sea navigation, and a steamship of those days so much but there was no cruise capability for about 20 days at the maximum.
Since it became unnecessary sailing since the neighborhood and the military operation period of a sortie base are also short, furthermore it became a target, these ships thrown into the Civil War were removed. 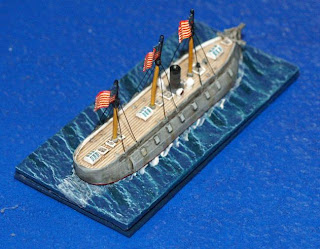